INTRODUCE THE LITTLE ONES TO CODDING, SCREEN-FREE, WITH KUBO | TECH REVIEW 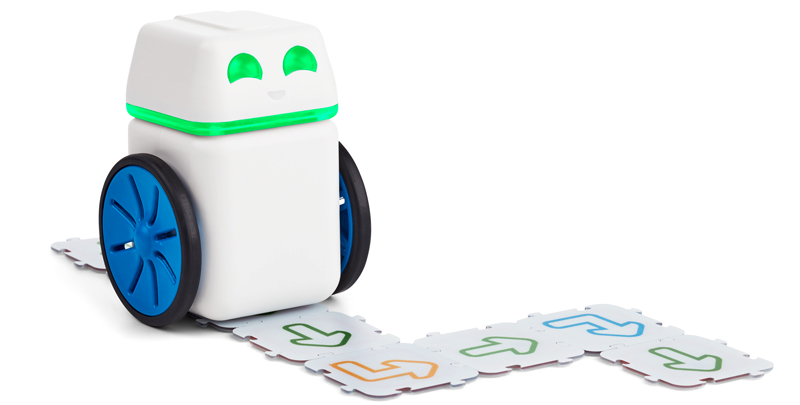 As a parent of two children under five, I know it’s important to teach my little digital natives coding and other tools they’ll need. I struggle to find a balance between exposing them to these tools, and providing the space and time to play offline.  As an early childhood educator I always gravitate towards hands-on, play-based, and language-rich activities. When asked to try KUBO, a new screen-free coding program for children ages four to 10, I was most interested to see if children could really play with it, and, in doing so, if they could actually learn the basics of coding? 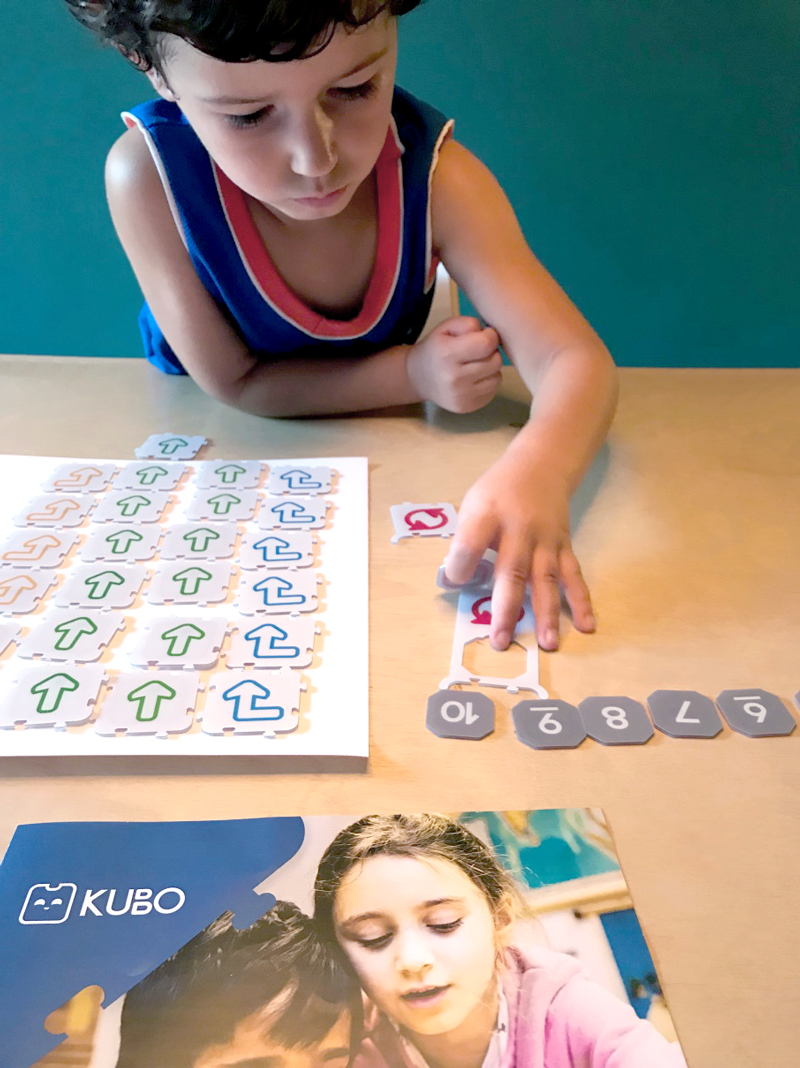 KUBO Robotics, a Denmark-based company, recently partnered with Pitsco Education to bring KUBO to kindergarten to Grade 2 classrooms across the United States. The TagTile® programming language works like a puzzle with pieces that snap together, giving tactile feedback and exercising fine motor skills. The language is graphic- and symbols-based, therefore suited to all reading abilities. No previous coding experience is required, and children are meant to spend a good deal of time experimenting and learning through play.

Wary of product age ranges that reach into early childhood, I felt compelled to test KUBO with my four-year-old. Could he really create algorithms when he still puts his pants on backwards?

Jack, newly fond of jigsaw puzzles and street signs, began by interpreting the TagTile symbols. As he tinkered, I asked open-ended questions such as “What would happen if we put these two symbols together?” This is the same approach I use to scaffold children’s learning through play, so I was delighted that KUBO prompted this process. After 20 minutes, we mastered routes and functions! Although we had a great time, it was hard to tell if Jack grasped the coding concepts behind the play. Later while reading together he spelled out a word and said, “I remembered the letters like the robot remembered our plans.” He got it!

I reached out to one of Brooklyn Public Library’s most tech-creative librarians to see if he’d like to test KUBO, which he’d seen at a conference and already imagined using in his Little Scientists program. Cameron Myers, Children’s Librarian, bravely placed KUBO on the floor in the children’s area, and immediately attracted two toddlers and an 11-year-old. He introduced the robot, let them explore the pieces, and added coding language and challenges along the way. Though it kept them happily engaged for 40 minutes, the age range presented challenges.

With that in mind, he came up with different uses for different age groups within the broader range.

For the younger kids, “It’s a great activity for a robot-themed storytime, along with a robot book or the story of Ada Lovelace,” he said.

Cameron also saw a KUBO activity as a great fit for his Coding Challenge program for ages 6-9, where he sets up stations using different programming platforms like Scratch Jr. He was most excited to use the Classroom Edition during a first grade class visit, particularly because of the intuitive nature of the product: “It comes naturally, so you can teach the theory and vocabulary along with active exploration, that way they grasp it better.

VERDICT: KUBO is a hands-on, screen-free way to explore coding and programming with young children. The play-based nature of KUBO gives adults more opportunities to infuse rich language and vocabulary into the process. The actual materials are motivating, child friendly, and conducive to learning in a social context like the library. Offline coding is a great alternative for young children at home, in schools, and libraries—but KUBO may be prohibitively expensive.

Login
Get started with KUBO